Blu 80’s Denim is a new name in the world of European premium denim; prior objective is the quality of the product over quantity, preserving and combining the tradition and comfort of a high quality jean with the vision of the modern underground urban style.

Blu 80’s Denim mission is to offer each customer a unique experience with their jeans, of European quality, created in Europe.
Combining the classic 100% cotton fabric of sanforized selvedge denim (selvedge fabric with special treatment to avoid size changes after washing), also having the fabric developed through a sustainable technology of recycled denim and a comfortable and modern cut, Blu 80’s jeans are sewn individually to ensure superior product quality. The reinforcements of the stapled pockets, the raw material and the subtle details of the selvedge band emphasize the uniqueness and quality of the brand.

Blu 80’s denim brings to customers 100% cotton jeans with “virgin” material (raw) that reveals its character during the “journey”. Due to the patina and the gradual discoloration, each pair of jeans can be the beginning of a story that will be told thanks to the wearer/owner. You are unique in your own way and this is how the jeans you wear will look like. Are you ready to roam?

Blu 80’s Denim are exclusive jeans for those who know what makes a difference, for “cool” and relaxed people. They are for those who want to feel unique displaying quality jeans. They are for those who appreciate a raw material with selvedge, they are for connoisseurs. They are for people who want/embrace new experiences. The first collection is called White Tab Edition, a limited and exclusive edition. Each jean is made individually for a perfect quality control so there are no stocks, the quantity being limited. The white rivet that strengthens the corner of the right-back pocket gives the name of the edition, being a subtle detail that differentiates/makes the difference and breaks the monotony. The purpose of Blu 80’s jeans is not large-scale production, but the experience offered to the customer who is ready to roam. 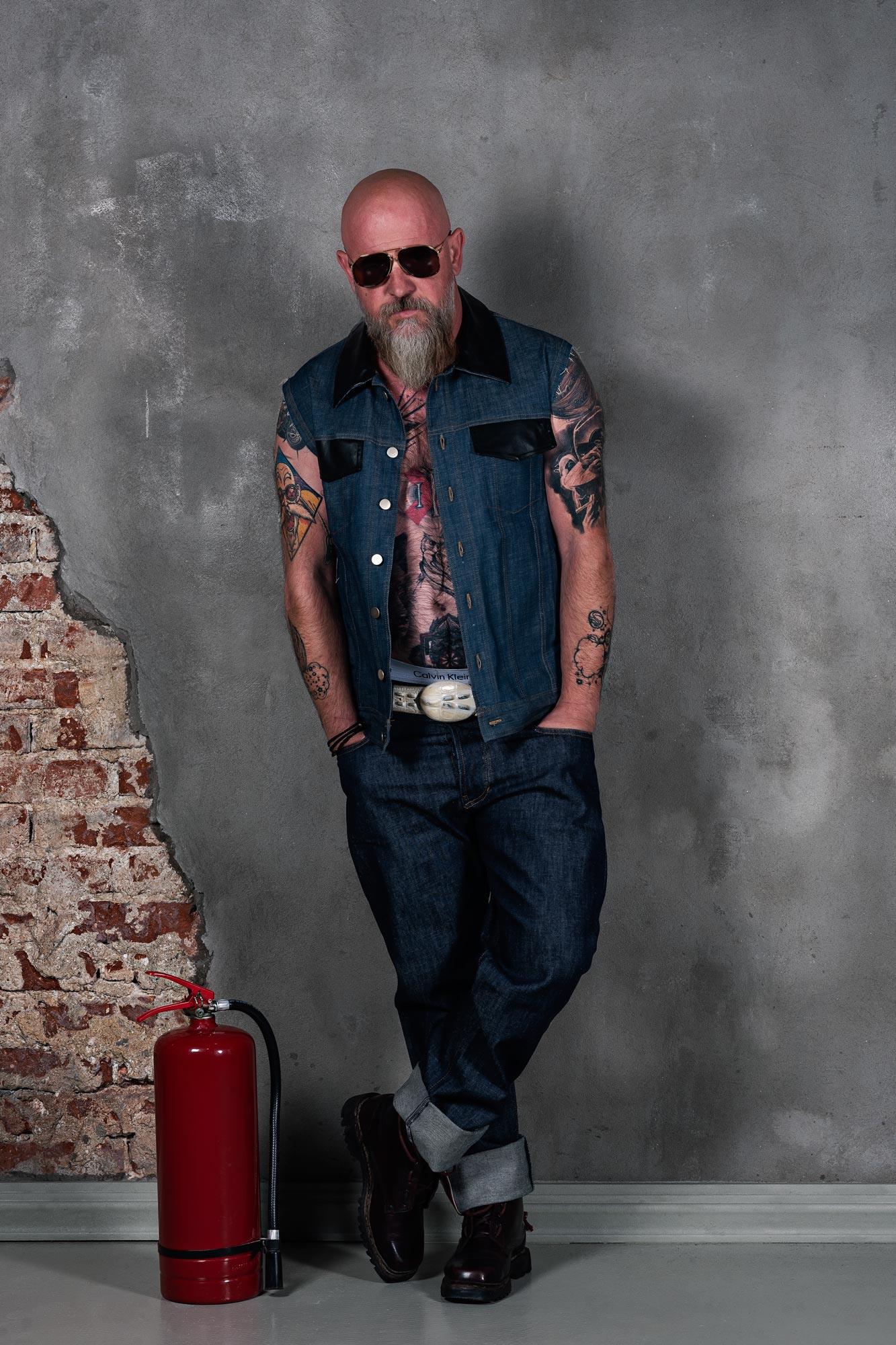 Some important info’s about the Raw Denim Jeans
(And your new Blu80’s is a pair of it!)

Raw denim is meant to be worn often and aggressively. Justifying the price tag becomes much easier when we wear the hell out each and every pair we purchase. A closet full of crisp, unworn denim defeats the purpose.

Selvedge denim originated in the USA. The denim was woven on shuttle looms from a company called Cone Mills.

Originally all fabrics (not only denim) in USA was produced by shuttle loom weaving machines. Jeans were primarily used for workwear made from selvedge denim in the early days.

Jeans worn over and over without washing result in a beautiful naturally worn appearance. So additional reasons Selvedge denim is a bit expensive is because the fabric width is very narrow which requires a higher yield of fabric per jean, and the productivity of garments is very low.

Selvedge fabric is becoming very rare due to the vintage equipment and experience required to make it consistently.

Selvedge fabric is beautifully inconsistent with great character in the fabric due to nature of antique equipment used to make it.

The result is an inconsistent yarn character, and rugged surface which selvedge enthusiasts truly love.

And your new Blu80’s is a pair of it! Are you ready to roam? 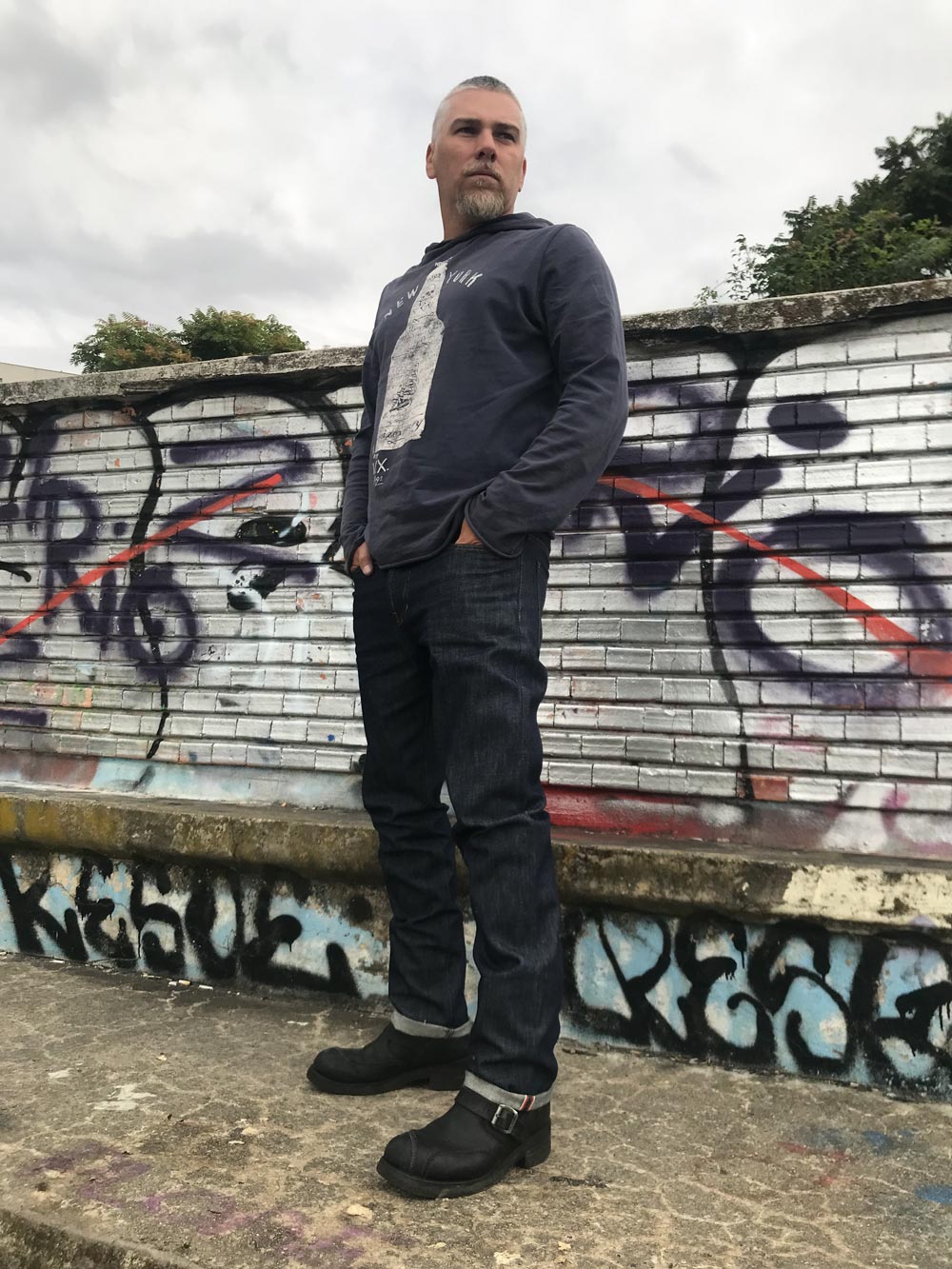 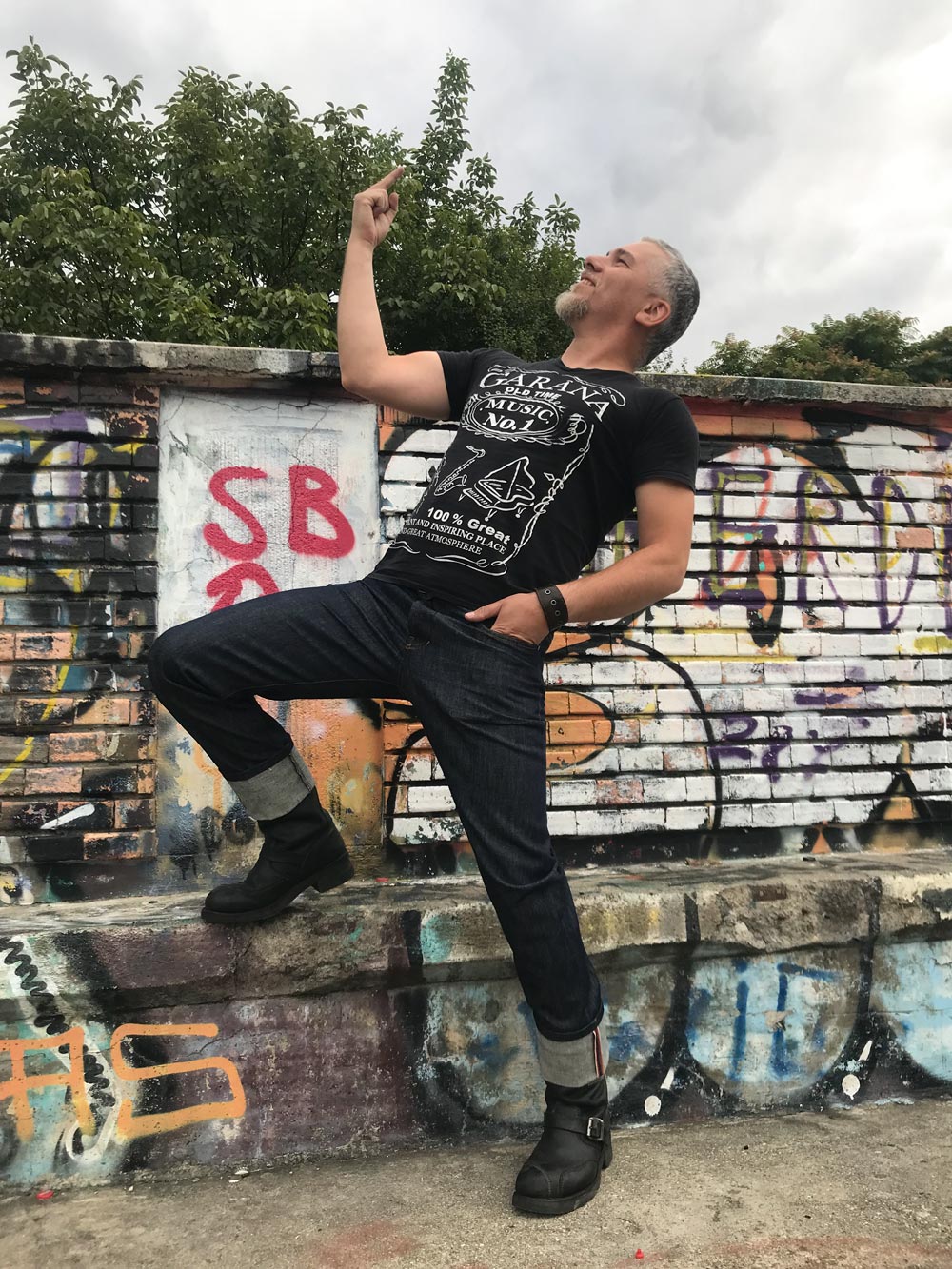 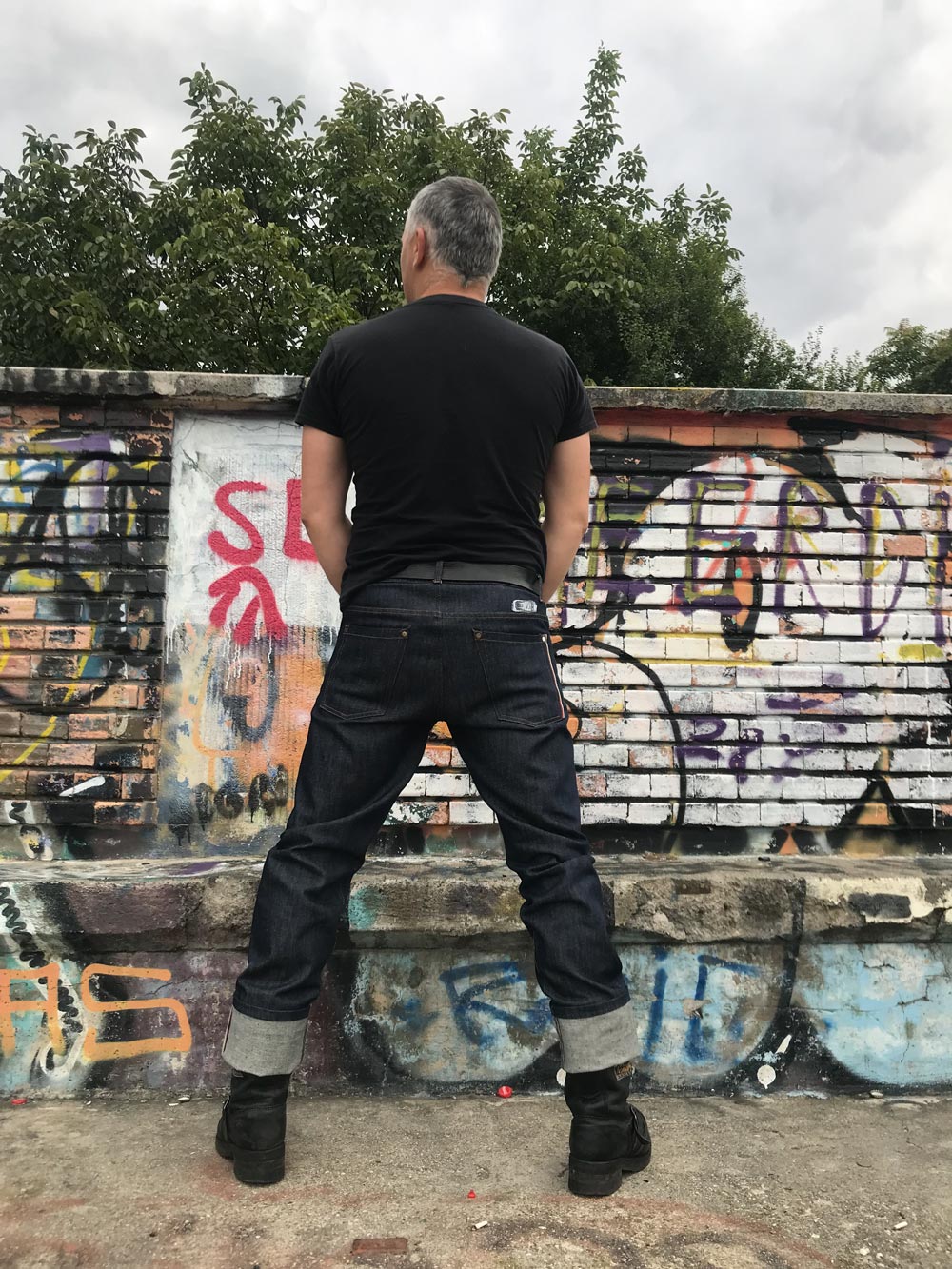 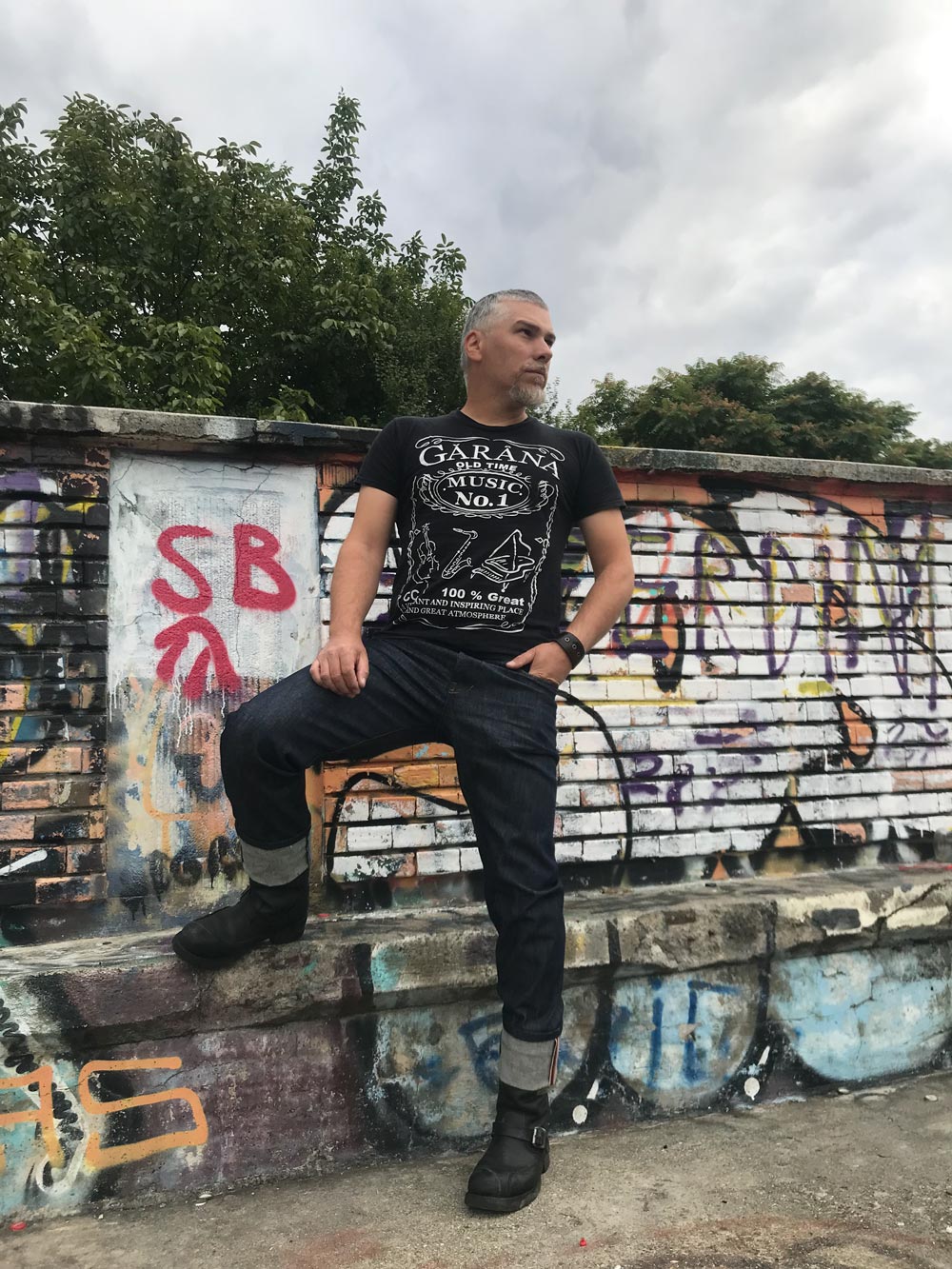 Some choose to wash and make more soft – and others wear RAW over and over to have natural wear in.

Some denim enthusiasts who NEVER wash their raw jeans – put inside a plastic bag in the freezer for a night every week.

This will kill any germs or unpleasant smelling microbes in the jeans that are not washed.

If you do decide to wash your selvedge jeans (or any raw denim for that matter) please keep the below in mind:

• Don’t wash with other clothing unless it’s other dark or raw jeans.
• There will be a large amount of loose indigo that comes off in the first washing.
• This is why we caution you to wash separately as other clothing items in the same wash loan could be stained by this indigo.
• You can rinse with cold water without any soap or detergent to avoid losing to much color in the wash process.
• If you want to lighten up your jeans you may want to use warmer water and soap/detergent in the wash process.
• However, doing so you may lose the depth color in a shorter time period.

In denim fabric production, one of the most important processes is sanforizing which makes fabric pre-shrunk control its shrinkage during industrial washing. But since denim is a heavy fabric, it may shrink more than other types of fabric.

If you were to dive into a pool, lake, or even a bathtub with your jeans on – and let them dry while wearing your jeans will start to shrink to fit your body. (Caution if using a bathtub -The water in the bathtub will be blue and may stain). Or, if you rinse at home in cold water., allow the full extract process in wash cycle before drying and hang dry the jeans – They may shrink some but when you wear again after some time wearing the fabric will relax and begin to shape to your body.

Aging is very important and special characteristic of denim.

Cotton actually has no affinity to Indigo dye and therefore does not penetrate to yarn, rather it sits on top and is applied in layers during the rope dying (or slasher dying) process. That’s why denim has a white effect after extended wearing called”whiskers”, or “wear marks”. This can happen naturally over time or it can be manufactured in denim laundries by scraping / rubbing & abrasion.

Every jean that is naturally worn is “one of a kind” and there aren’t 2 jeans that will wear-in with the exact same pattern.

There is nothing like else quite like it. Industrially worn-in Selvage denim can also be beautifully washed in an industrial laundry to create a variety of great looks, and softer handle.

We believe that this is real sustainability to provide quality goods that last a long time.

And your new Blu80’s is a pair of it!
Are you ready to roam?